Universities of Australia according to states

New South Wales (NWS) is a State on the east coast of Australia. It borders with States of Queensland to the North, Victoria to the South, South Australia to the West and the Tasman Sea to the east and surrounds the whole of the Australian Capital Territory.  The capital city of NSW is Sydney, which is the nation’s most populous city. In March 2014, the estimated population of New South Wales was 7.5 million, making it Australia's most populous state, holding two-third of the State’s population.  The total Land Area of NSW is just above 800,000 square km, and its elevation is Mount Kosciuszko, with the highest point is 2,228 m.

Queensland (QLD) is the second largest and third most populous State in Australia. The State was named in honour of Queen Victoria, and its Capital city is Brisbane.  It is located on the North-east of the country; it is bordered by the Northern Territory, South Australia and New South Wales to the west, south-west and south respectively. On the east of Queensland is Coral Sea and Pacific Ocean.   The state has a population of 4,750,500 focused along the coast and particularly in south east of the State. QLD is the world's sixth largest sub-national entity, with an area of 1,852,642 km2. Its capital is the largest city in the state is and Australia's third largest city. The elevation of the state is Mount Bartle Frere with the highest point level of 1,622 m.

South Australia (SA) is a state located in southern central of the Country. It covers most of the dry parts of Australia; with estimated land area of 983,482 square km. SA is the fourth largest State of Australia, and Adelaide is the Capital city of the State. South Australia shares borders with all of the other mainland states, and with the Northern Territory. The State is neighbored with Queensland on the north-east and to the east by New South Wales. On its south-east is State of Victoria and to its south by the Great Australian Bight and the Indian Ocean. The State holds less than 8% of the Australian population with over 1.6 million inhabitants. SA ranks 5th in population among 6 states of Australia and 2 territories.

Tasmania (TAS) is an island state, which is a part of Commonwealth of Australia. The island is 240km to the south of Australia, separated by Bass Strait. It is the 26th largest island in world surrounding 334 islands. The State includes the main island Tasmania, with the population of 515,000 as of today. Most of its inhabitants reside in the Greater Hobart, which is part of metropolitan area of the state capital and largest city, Hobart. The total land area of this island is 68,401 square kilometer. It is promoted as a natural state, as 45% of Tasmania lies in reserve with many natural parks and World Heritage Sites.

Victoria (VIC) State is located in the south-east of Australia. Victoria is the second populated state of Australia and most densely populated State. Melbourne is its capital and largest city, which is also Australia’s second largest city. On 2014, the population of the state was recorded as 5,866,300. State of Victoria is located south of New South Wales, north of Bass Strait and Tasmania. On its east is Tasman Sea and South Australia is on its west. The highest point of the State is Mount Ossa with the altitude of 1,617 m. It is believed the land have been occupied by Aboriginals for 40,000 years before English colonisation.

Western Australia (WA) is the largest state of Australia, occupying the entire western third of Country. It is surrounded by the Indian Ocean to the north and west, the Great Bight and Southern Ocean to the south. On its north-east is the Northern Territory State and South Australia on its south-east. The total land area of Western Australia is 2,529,875 square km, making it the second largest country subdivision in the world. However, most part of the state is uninhabited, as 92% of the population resides in the south- west corner of the state. The capital and largest city of the state is Perth. It is the fourth most populous city of the Country, with estimated population of 2.02 million.

Northern Territory (NT) is a federal Australian territory in the centre and central northern regions. It is neighbour with Western Australia to the west, South Australia to the south. NT is bordered with Queensland on its east and to the north shares a border by the Timor Sea, the Arafura Sea and the Gulf of Carpentaria. It is the 3rd largest state of Australia with over 1,349,129 square kilometer and population of 233,300, marking it as the least populated state of Australia. The Capital and largest city is Darwin. Most of the population is not concentrated in coastal region but rather along the Stuart Highway. 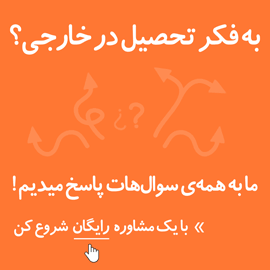 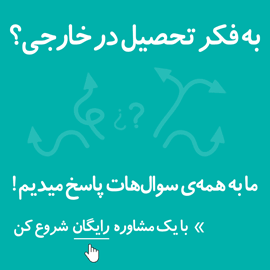